The city of Halifax, Nova Scotia’s capital, is the largest metropolitan centre east of Montreal and Boston, with a population of about 400,000. The Halifax area has a variety of public spaces, ranging from urban gardens, public squares, expansive forested parks, and historic sites.

Halifax was founded in 1749, and when the original grid plan devised, it included a central military parade square, the Grand Parade. The Halifax Common, granted for the use of citizens in 1763, is Canada’s oldest public park. The Halifax Public Gardens, a Victorian-era attraction, were formally established in 1867 and designated a National Historic Site in 1984. Across the street, Victoria Park is known for its monuments and statues erected by the North British Society. Point Pleasant Park, located at the southern tip of the peninsula, is forested and contains the remains of numerous British fortifications.

The Canadian Museum of Immigration at Pier 21, a prominent immigrant entry point from 1930–1950, was opened to the public as a National Historic Site of Canada in 1999 and is the only national museum in the Atlantic provinces. The Maritime Museum of the Atlantic contains several notorious galleries, including an extensive exhibit on the famous Titanic. During the summertime, the preserved World War II corvette HMCS Sackville operates as a museum ship and Canada’s naval memorial. The Art Gallery of Nova Scotia is housed in a 150-year-old building containing over 9000 works of art. The Black Cultural Centre for Nova Scotia in Dartmouth reflects the region’s rich ethnic heritage. 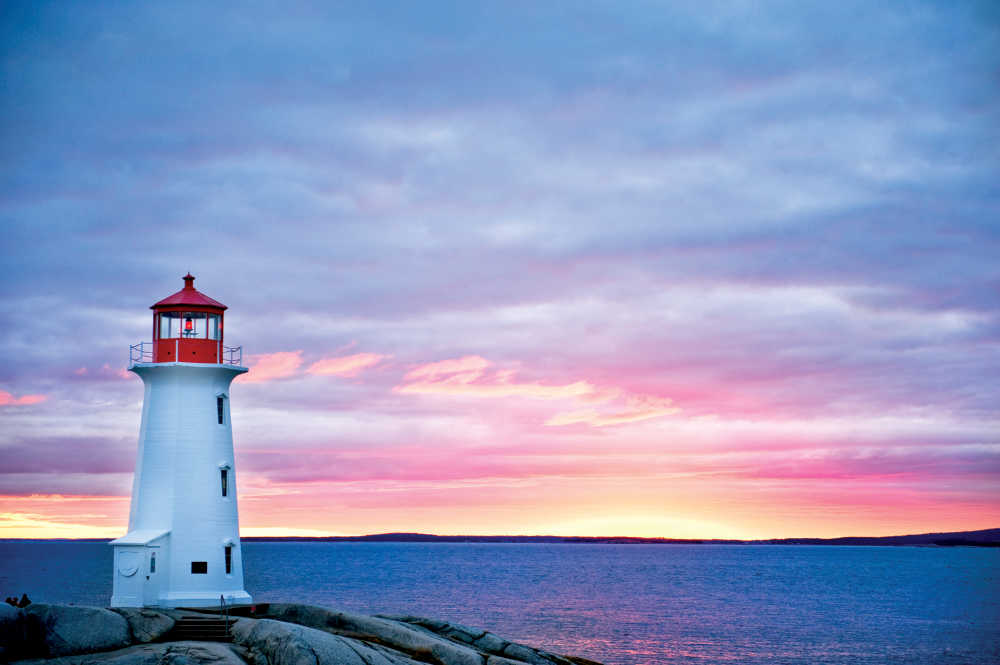 Nova Scotia (“New Scotland”) is Canada’s second smallest province covering an area of 55,284 km2, about two-thirds the size of Portugal.

The Mi’kmaq are the founding people of Nova Scotia and remain the predominant Aboriginal group within the province. Nova Scotia was one of the first regions in the northern part of North America reached by European explorers starting in the late 1400s and possible by Vikings around 1000 AD. When the Mi’kmaq first encountered Europeans in the 16th and 17th centuries, their territory stretched from the southern portions of the Gaspé Peninsula eastward to most of modern-day New Brunswick, and all of Nova Scotia and Prince Edward Island (see “Aboriginal People in Nova Scotia” at novascotia.ca.

During the first 150 years of European settlement, the colony was primarily made up of Catholic Acadians and Mi’kmaq. This time involved several wars where Mi’kmaq, French, and Acadians resisted the British settling the region. The warfare ended with the Burying the Hatchet Ceremony in 1761. Nova Scotia joined the Canadian Confederation in 1867.

Today, Nova Scotia is one of Canada’s 3 maritime provinces, and one of the 4 provinces that form Atlantic Canada. As of 2016, the population was 923,598. Nova Scotia is Canada’s 2nd–most-densely populated province, after Prince Edward Island, with 17.4 inhabitants per km (see The Nova Scotian Economy: Facts and Trivia…).